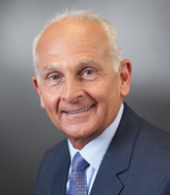 William Varley is chief growth officer of American Water, the largest publicly traded U.S. water and wastewater utility company. In this role, he will lead our corporate Business Development team and will work together with corporate leadership and our state presidents as well as with our market-based businesses to help our company continue to provide water and wastewater solutions across the United States.

Most recently, Varley served as our deputy chief operating officer. In this role, he supported the development and mentorship of the company’s divisional leads and state presidents, with a focus on growth, regulatory matters and leadership skills. He also led our customer service organization.

Varley holds a Bachelor of Science in civil engineering technology from Rochester Institute of Technology.